Who’s this guy, why is he standing knee-deep in the swamp in Louisiana’s Atchafalaya Basin, and what does that have to do with a cypress sinker log pepper mill? Alaska woodturner Ted Heuer, in an earlier life, conducted his graduate research in the Basin and happened upon a bald cypress tree so enormous it warranted a photo. Ted, who enjoys working with reclaimed lumber, recently purchased some bald cypress lumber blanks and turned one into a 10″ peppermill. This is its story. 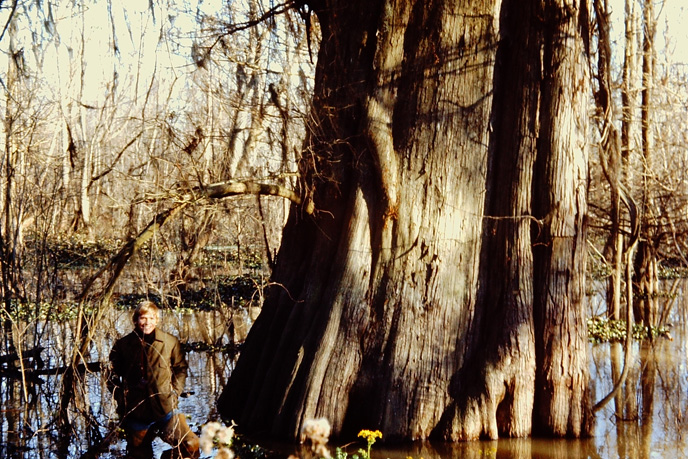 Bald cypress grows in wet areas throughout the Gulf Coast and Atlantic Coastal plains. It is a slow-growing but long-lived species and has been known to reach ages of over 1,500 years. Old growth cypress wood contains an oil called cypressene, which gives it great rot resistance.

Most of our old growth (virgin) cypress was cut in the 1800s and early 1900s. Logs were often bundled together and floated down rivers to mills. A small percentage of these logs sank to the river bottoms. Today these are known as sinker logs. Recently, scuba divers have been finding these logs and recovering the wood.

This pepper mill is made from one of these sinker logs, a piece of old growth cypress probably cut over 100 years ago. 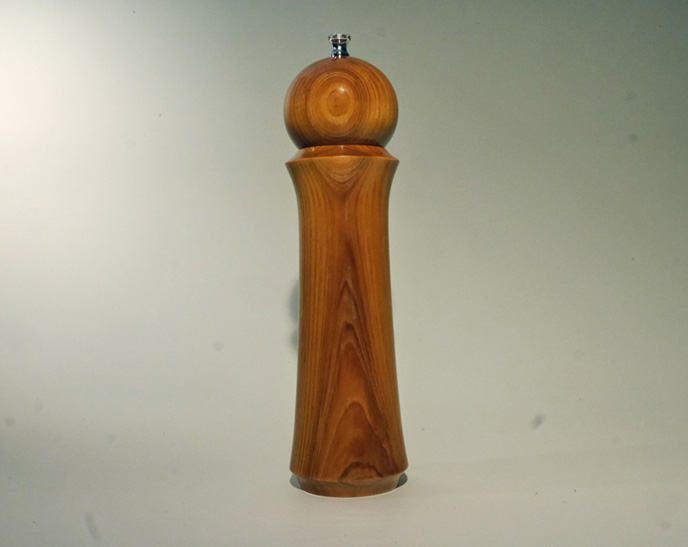 Ted turned this 10″ cypress sinker log pepper mill from a single piece of wood. The grain in the mill top matches the grain in the bottom section of the mill. Ted used numerous coats of a gloss polyurethane finish, hand-sanded between coats, to produce a glass-like finish on the mill. Turning the wood, sanding it, and applying the finish transformed a rather non-descript piece of wood into a work of art. 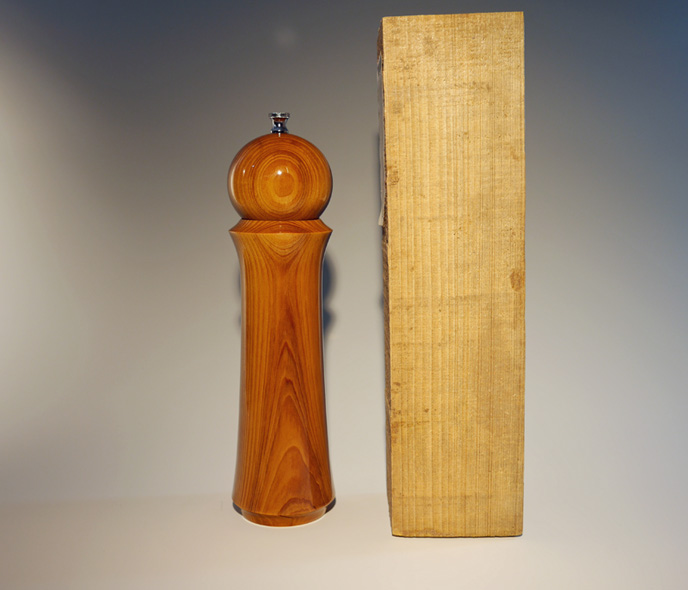 The top screw adjusts the grind of the pepper from fine to medium-coarse. To refill the mill, remove the top screw and pull the top and bottom sections apart. Use a soft cloth to remove dust and fingerprints.

Although this mill has already been sold, we have other pepper mills available in our Ted’s Woodshop store. And please follow us on Facebook, where we post news about what we’re up to and photos of Ted’s newest creations.